Public Health Emergency in the ACT

A Public Health Emergency has been declared in the ACT for the response to the COVID-19 pandemic. See the COVID-19 website for more information.

(free call except from mobiles or public phones) or

For a poison emergency in Australia call

The Drug and Alcohol Help Line is available 24-hours, 7 days a week on

Emergency help
during flood or storms

We are part of an ongoing conversation with the Canberra community and stakeholders as we build Canberra’s light rail network over the next 20 years. 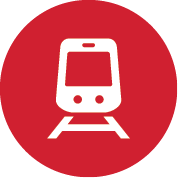 We’ve engaged with the community, business and stakeholders since 2013 and we continue to do so.

Information is also provided and presented to:

Community feedback is also sought by the:

You can find out more and stay up to date with light rail progress:

We acknowledge the Traditional Custodians of the ACT, the Ngunnawal people. We acknowledge and respect their continuing culture and the contribution they make to the life of this city and this region.